Google Wallet: Your option to safeguard from Retail Hackers 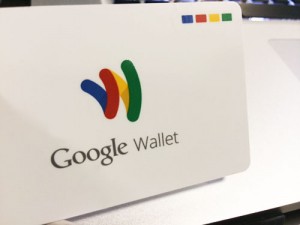 Following the debacle of Target’s data breach post holiday season, it seems the only methods to safeguard our private contact and financial information derive from actions taken after the fact. Basically, we hear about a data breach on the 6 o’clock news, then we investigate our credit information online and cancel or change cards if we believe our information was compromised. Now, although I’ve signed up for credit monitoring with my own accounts, I imagine the process off sorting through and disputing unauthorized charges with your credit agency can get particularly tedious depending on the scale of the theft.

Nevertheless, we live in the land of the future where everybody knows the purpose of a phone is for far more glamorous things then actually talking to people.  No, phones are here to entertain us with angry birds and facebook. There here for taking selfies at the Grand Canyon because people want to see America’s greatest natural wonder covered by 88% of your face. There here provide us with directions to the next freeway exit so that we don’t end up in that neighborhood where they film 89% of gangsta rap videos.

So many dynamic personas I can assume with my trusty mobile device: amateur photographer, baby movie director, super map man who knows where he’s actually going (non-existent in my father’s day & age), weatherman, etc and now with Google Wallet an all new important role: responsible credit card guy who has less of a chance of being the victim of a hacker.

Like most Google products, the technology is simple. You first download the app for free from the App Store or Google Play. Once the app launches,  you set up a pin number and then establish your banking info using your account and routing numbers. You can use a checking or savings account, and once your banking source is set, you can transfer money to your Google Wallet. Now here’s the best part, you can access the money in  Wallet when you order your Google Wallet MasterCard. Just like any other MasterCard you can swipe this at retailers who accept MC and you can also use the card at ATMs (Wallet does not reimburse ATM fees). So, in another words, if I’m looking to purchase a TV from a big  corporate retailer that’s been hacked in the past yet, I’m afraid of using a personal credit card or I don’t want to carry cash on me like a Columbian Drug czar, I can now just transfer as much funds as I need to my Google Wallet MasterCard and use this tender as opposed to using a personal credit or debit card that can be maxed out. Other benefits include the ability to send money to anyone with an email address in the US with the mobile app or your Gmail account. Plus, Wallet has a section for Offers and Loyalty Programs. Instead of random coupons from blast emails, Wallet conveniently stores all of your offers in one place on your account. Find discounts local to you by hitting the “Explore” tab. Loyalty programs allow you to import existing programs you belong to so that you can reduce those annoying plastic cards from your wallet and keychains.

I made my first purchase this week at (yeah, you guessed it) Target, and instantly I was emailed the transaction info on Gmail with the time, amount, and transaction ID. Wallet also offers 24/7 fraud at no additional cost. Moreover, you can remotely disable your card from your account if the card is lost or stolen right from the phone.

But why do they do it?

I notice that one question that often doesn’t get asked by the media when a major corporation or retailer is hacked is why. What’s the purpose? When it’s warring countries or global espionage, we just consider this a part of the spy game along with wire tapping and drones, but are hackers really doing this for economic gain? My guess when it comes to big companies is hacktivism, and corporate giants like Target, Wal-Mart or media titans like the New York Times are often targets for being viewed as not serving the best interests of humanity. Nevertheless, when it comes to sticking it to the man or getting diapers for my kid, I’m choosing the latter and there’s no reason to steal my debit card because I make that choice, but as always there’s no honor among thieves. In any case, I hope this is an option for those looking to have their money virtually protected in a very real world. Google Wallet, my only hope. 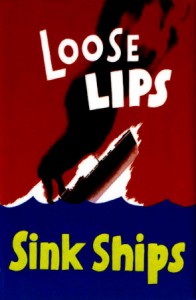 Keep it simple, Keep it light…smart storage solutions for the designer/developer.

Around this time ten years ago when I wasn’t loading up the internal hard drive on my 1000 lb. EMac, I was usually storing various Photoshop and Illustrator projects on my $99/250 megabyte Western Digital along with my equally bulky iTunes backup. These days the Emac and the Western Digital collect dust in the closet, while my laptop’s hard drive rarely stores anything beyond common utility applications. The two reasons for this monumental shift: Google Drive & Github.

Google Drive makes up for every zip disk that ever got stuck into a neon Macintosh G3 by my clumsy paws circa 2000. Simple to the max, I log in and grab files from either the upload button on the left or by simply dragging files into the list view. With 15GB off the bat, it’s a winner and paid subscriptions can garner anywhere from 100GB to 16TB. The maximum single file size is 10GB. So whether it’s large jpegs from the DSLR for a family wedding, a PDF presentation for work, or a Flash project that you want to transfer to your desktop at home, Google Drive has become my go-to app for storing and transferring large digital files.

While slightly more complicated, Github has become my de facto versioning software, when such a system is unavailable. A few years ago, I became spoiled by a former employer with the ease and organization provided by two versioning clients: Qwin and Tortoise SVN. The ability to checkout files, make edits, and remerge those files into the source code without interfering with the work of other developers was magnificent. With Tortoise and subversion, I learned more about the importance of branching while designing websites for a java platform. Nevertheless, when I left that employer and was hired by a company that lacked a versioning system for both designers & developers I really missed the organization provided by qwin & tortoise.

Github allows me to upload jQuery projects, personal website files, etc. and enables me to comment on pushed files or branch and merge code. Although some IDE’s like Dreamweaver and Eclipse offer similar versioning features, Github allows you to share your work with anyone signed up as a user with Github. Users who don’t have read/write access to a project that’s stored in a “repository” can fork a repository into their account, make changes and send push requests to the owner of the repo. Do you share code demos from a tutorial on a tech blog? Even folks, not signed up for the service can download your demo files if your repo is made public. Make a user a collaborator to your project and they have the ability to add, push, merge, and more. Although, it may take a half an hour or so to get set up with the installation and the command line, I highly recommend learning to use Github. Here’a few extremely helpful resources.